One Man's Trash is Another Man's Dogma

Growing up I was taught that the ends do not justify the means and that there are clear rights and wrongs in life. I believed and accepted my parents world view until I had experienced several years of life as an adult in the real world and discovered that: things don't always match up with what you believe. I still believe that there are some things that are clearly wrong like murder but most situations are just gray areas and are based on your culture and personality.

I was raised on the bible and taught that it was a guide book for life. Sure there is some good advice in there but I agree with what I heard a preacher say "the bible is mostly a history book that shows what men did and how God interacted with them. It's not meant to give consent for actions people took but just lays it out matter of fact." It's true when you step back and consider it. Sure God had a lot of rules but a lot of people broke them and he still had a relationship not withstanding the consequences. There was a lot of fucked up stuff that went on in the bible: incest, rape, murder, adultery, theft, genocide and more but it never says it was okay (well with the exception of the genocide) it just says it happened.

Your beliefs dictate your actions and if you don't have the same beliefs as me, your actions may be offensive. That doesn't make them necessarily wrong. The advice I gave to a friend who I know has different beliefs was "don't do just what you want to, do what you feel is right." Sometimes those two will coincide, sometimes they won't. Other times there isn't a clear answer because it's completely a matter of preference. Religious folks get hung up on the idea that atheists or non Christians have no basis for morals however I disagree. Everyone person, religious or not can be selfish but on the same token, we all have a feeling of something being right or wrong. You can't prove a god that doesn't show himself so whatever conclusion you come to, as long as you do it with a good heart, that's all anyone can really ask for. 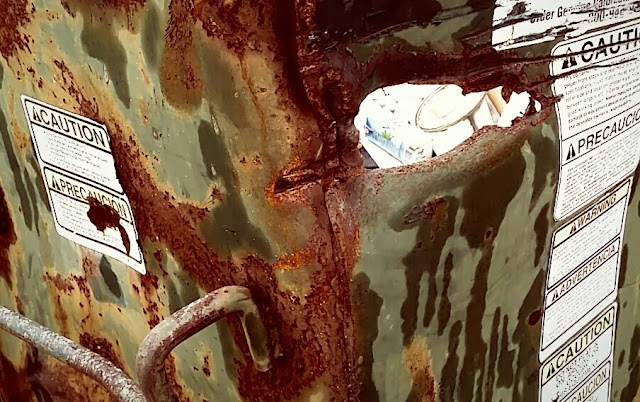 Posted by Status Quo Fugitive at 6:14 AM