If you are at like me, someone who has struggled with perfectionism and mild OCD, you probably have the mindset of "if you want a job done right, do it yourself" or as I in-eloquently put it "do it yourself or get the fuck out of my way." When my family built a 3000 square foot home all by ourselves many times I was relegated to holding a work light while snow melted on my boots or straightening bent nails because it was easier than letting me set us back due to lack of knowledge or experience. My 3rd child received a painting kit for his birthday which he excitedly asked me to break open and use with him tonight. I expected that we would sit there and make our own pieces of art but much to my temporary chagrin, I discovered that both he and one daughter wanted to co-op the drawing with me.

Trying to do anything, building Legos, playing with cars or tonight's everyone-gets-a-brushstroke painting exercise can be irritating to control freaks. I have an idea in my head (even if it sucks) and I want to do it that way not have someone splashing paint in places where it doesn't go. The new Lego movie in the theaters is a very entertaining but poignant film on this topic and I would recommend anyone go see it. As much as I don't want to be, I find myself acting like Lord Business and when little guys get involved, everything is not awesome. Tonight I had a choice to make: ruin the tail end of my son's birthday by being an asshole and insisting that he quit "messing up" my drawing or realize that some things are far more important than my lack luster attempt at art.

Love puts everything in perspective and is a great way to rid yourself of at least small amounts of OCD. A future relationship with my kids is far more important than whether or not they want to make a Lego spaceship that doesn't have properly interlocking sections or would have no possible way of flying in our current understanding of physics. OCD and perfectionism seem great because on the outside they can make you appear successful and together; however, they wreak havoc on your soul, body and many times the people closest to you. Since I've started letting go of my intense need to be perfect, I've become much happier and as a side benefit my lactose intolerance seems to have gone away (several milkshakes in the last two weeks attesting to that fact).

Most people pervert religions because they lose sight of love. Love obfuscates the unimportant, keeping you grounded to what is salient - the souls of fellow man. It's cliche but true - what the world needs is love not perfectionists trying to keep their Legos glued together. Hang out with your kids or nieces and nephews if you don't have your own and engage with the haphazard and illogical joy that only a children posess. I guarantee that if you allow yourself to let go, you will find lasting lessons you can carry into the rest of your life. 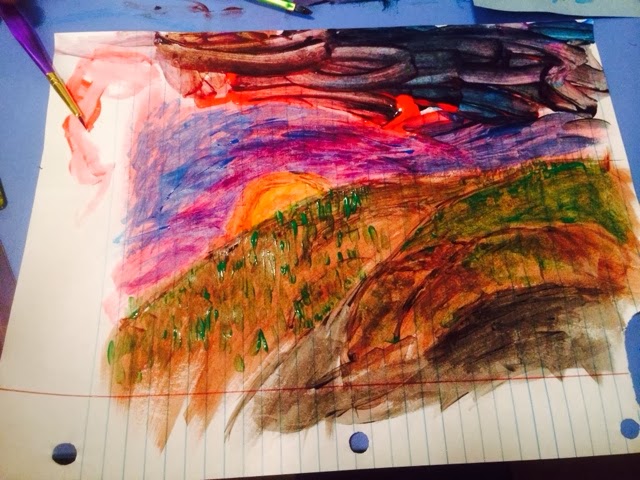