We walked into McDonald's a few minutes ago when my 5 year old son asks for a happy meal with a My Little Pony toy. I had a slight twinge of "why don't you want the boy toys?" but instead shrugged and said "sure" deciding to let my son make his own choices and not be embarrassed when I told the clerk "no, he wants the pony". First of all it's ignorant to think that this choice is symptomatic of a sexual orientation or a future as a Brony but I realized that it doesn't matter - if it means something or not, whatever my son turns out to be, I will love him and support him.

I didn't have kids because I wanted to live vicariously through them, they for the most part just happened (along with being a good distraction to my marriage and perennial lack of direction). After being raised as someone's attempted perfect little human grown in an incubator, I know the effect it can have on your psyche. As my kids are getting older I'm seeing that by being a good parent, I'm inadvertently creating an opportunity for personal redemption. Yesterday my 9 year old was sobbing and after patiently coaxing her to talk to me about it she blurted out "I just wish I knew what the purpose of my life is". That may sound insignificant to many people but it felt like someone punched me right in the face.

In the religious circles I came out of, you were raised to believe you had a divine purpose and that if you missed it, god would be disappointed or angry with you not to mention that fact that it would negatively impact the unknown number of people who's lives you were supposed to change. Most of my life I was afraid to make a decision because I thought it might be the wrong one. I was constantly tormented with feeling like a failure and the phrase "only one life will soon be passed. Only what's done for Christ will last". Now that I've seen a different side of things, it's given me wisdom that I can share with my children. In a sense all the shit I have gone through will be of some profit. I'm not going to live my life through my kids, hoping and expecting them to be something specific but my life is finally of some use as I share a different point of view with my children. They may not choose to accept an open mind but even if they don't,  they'll have a daddy that loves them just the same. 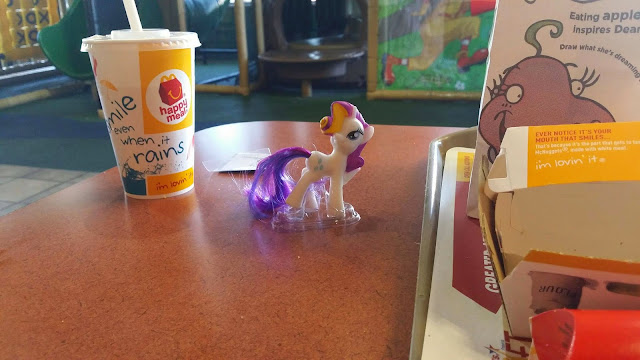 Posted by Status Quo Fugitive at 9:33 AM