We embarked this morning around 9 am but didn't really get going till 11 am after running a few last minute errands. Fortuitously, a friend with a lot of hiking and camping experience called me randomly yesterday so I asked if he had any recommendations for gear that we might need. Considering our final destination being the desert he suggested a light weight tarp so that we could get out of the sun while we are taking breaks. It's not something I would have considered but seems like sound advice so we picked up an 8x10 at Lowes as our last stop before hitting I-20. Simply driving down the interstate highway knowing that I was heading somewhere other than "here" filled me with excitement. It's an opportunity to get away from life that no matter how hard you try, can become very mundane. Every time I see towns that we pass through in the blink of an eye, I think about how sedentary our lives can become. Major cities, outlet stores, nondescript factories all feel like they want to trap people in them to feed off of. Ok, I'm being a little dramatic but I love to switch it up and not get stuck doing the same thing day after day.

There was one small adventure today when traffic came to a stop on I-40 due to an accident. My girlfriend was driving and hopped on Google Maps to see if there was a way around the mess. It appeared that there were some surface streets that would cut past the bullshit traffic snarl so we slowly made our way to the exit and turned onto the specified road. The road turned out to be more of a gravel trail between fields of crops which I wasn't bothered by because we were just going to take it slow and it also provided some cool photo opportunities. 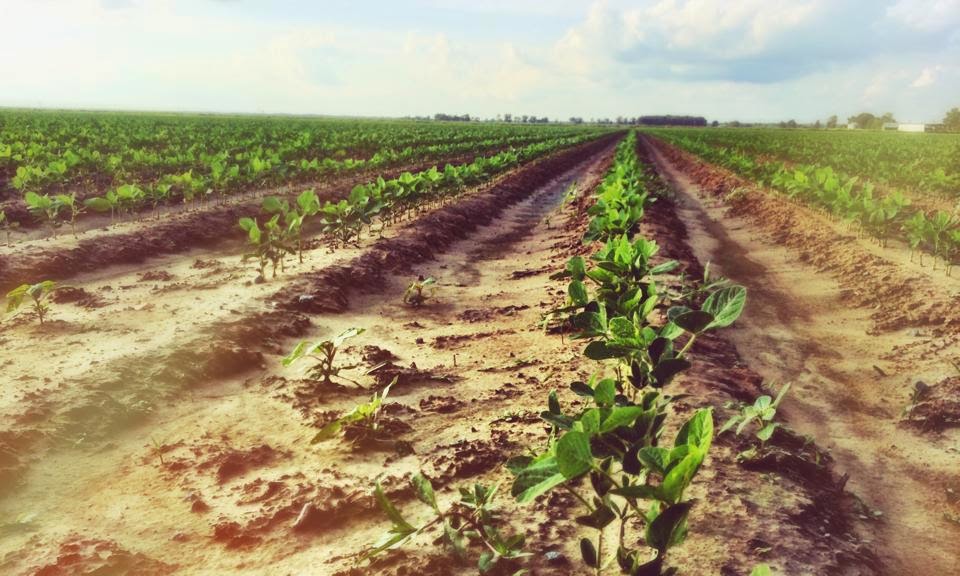 The highway was visible across the fields and we laughed at the "suckers" still waiting but then all of a sudden the gravel path turned into a dirt path. Actually it was more of a dirt road covered in a layer of slick mud. Everything was fine as we crept along, hugging the side till I pointed out the fact that the middle looked like it might be dry now - almost big mistake. We almost instantly started sliding so she let off the gas and when we tried to get going again I could hear the tires spinning. Who wants to go find the farmer and say "hey we're stuck on your dirt road like a couple of city slickers" so I got out and attempted to push. Mistake! Never try to push a car out of mud wearing flip flops. There is no traction between a flip flop and wet clay. It's like trying to start a 100 meter dash in a pool of snot wearing water skis. Thankfully my girlfriend is an excellent driver and was able to slowly worm her way out in the lowest gear. We started high fiving and congratulating each other till all of a sudden we looked down where the path (now once again gravel) reconnected with the main road - there was a big farm gate across it. A short distance away was a ratchet looking trailer, the kind you would expect some dude to come flying out of with a shotgun with little provocation. I hopped out of the van, ran to the gate and discovered that it wasn't locked so we high tailed it out of there.

Her cunning detour saved us a bunch of time and we got to a campground about an hour ago. I couldn't find my old tent so we bought a new one a few days ago and the thing is brilliant. It literally takes about 30 seconds to setup even in the dark. Whoever designed that needs a Nobel prize or better, a lot of money. Heading to bed so we can pound out some more miles tomorrow. I'll leave you with the beautiful sunset we got to witness tonight. 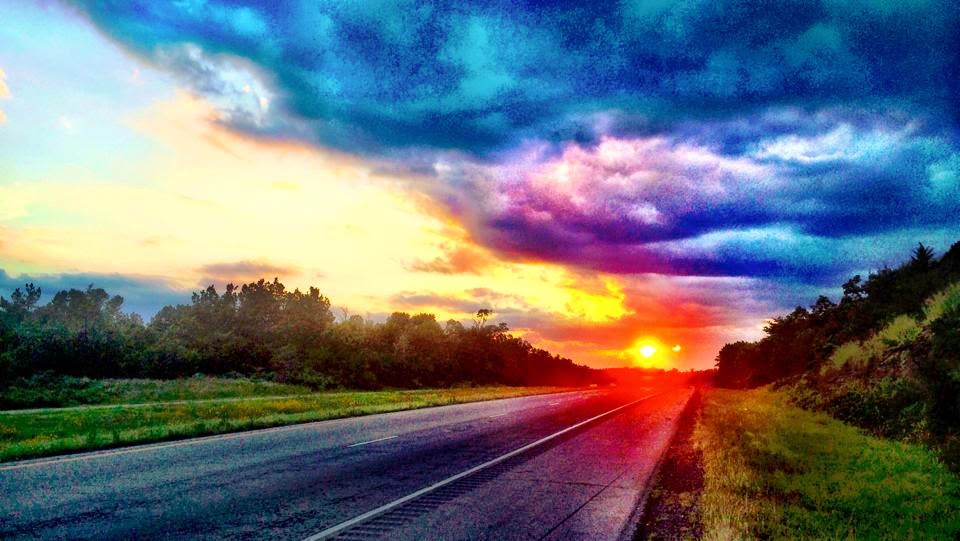