88 degrees isn't a bad way to start a day of hiking in Moab. Really, it's like hiking in AC compared to the 107 degrees that the wizardly technology in my wrist mounted chronograph was displaying yesterday. I honestly don't know how the Native Americans did it back in the old days especially when water is so scarce in these parts. The signs in the park warn to hike early or late and I can attest to that having started both in the mid-afternoon and in the mid-morning: it's vastly different. We took the longest trail, Devil's Garden (7 miles RT), to the Double O formation. Being my typical self, I had to climb up 25' on a rock pillar to get a different vantage point for a picture of an arch along the way. 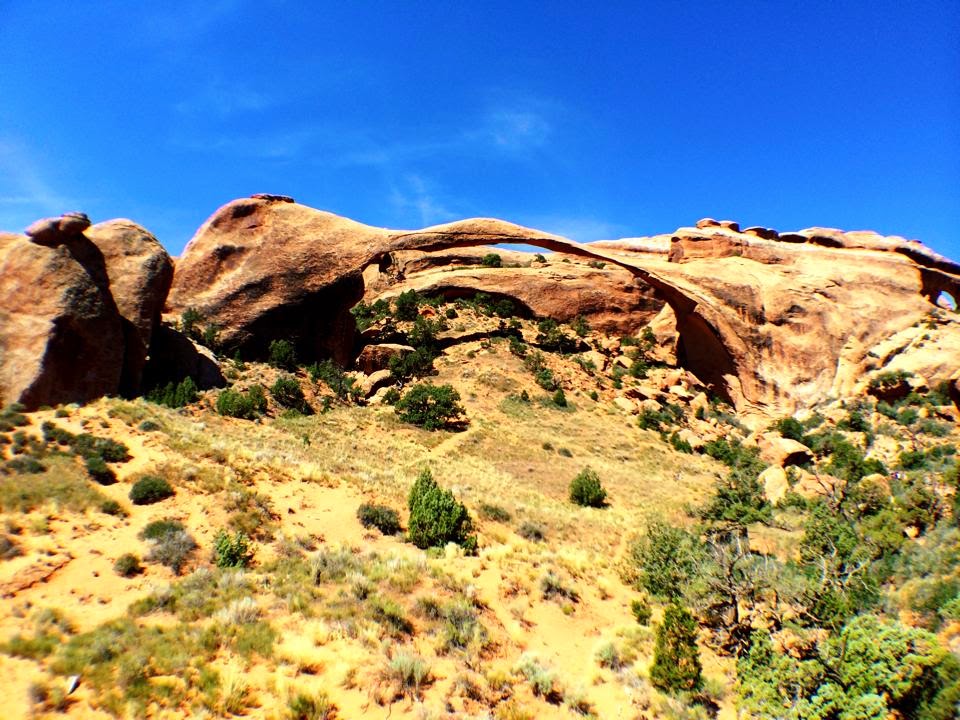 Out of all the things we saw in Arches, the Devil's Garden trail was my favorite. It's a great climb with a variety of scenery and it also wasn't anywhere near as crowded as the other parts of the park. 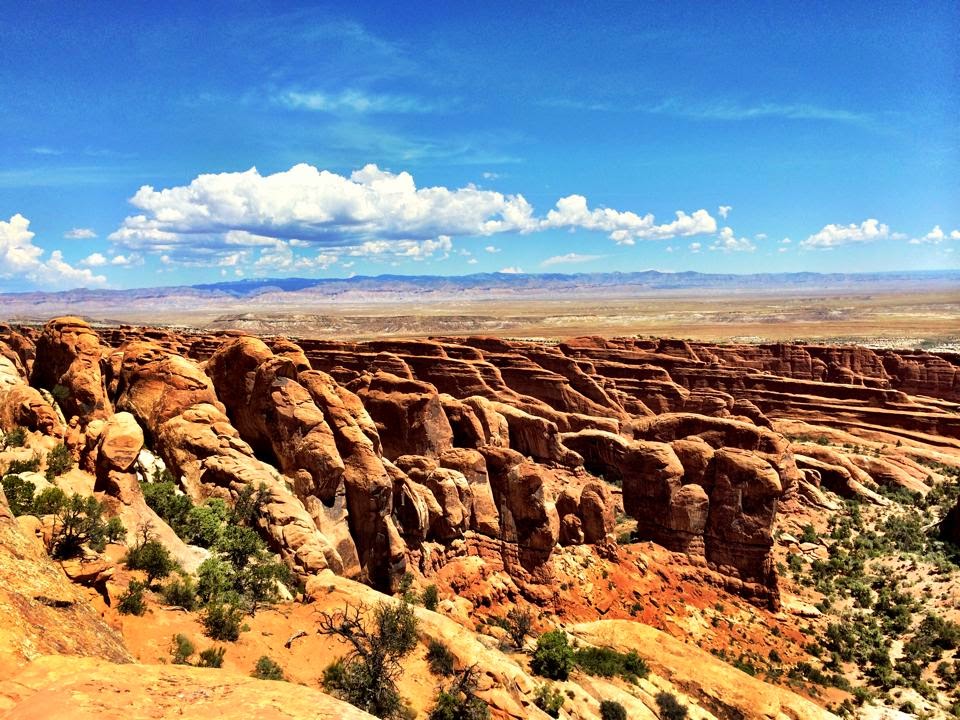 After spending some time resting at the Double O formation snacking in the shade, I figured what the heck, why not try and get on top of the thing. It actually wasn't that difficult to do requiring only minimal climbing up a short bit of wall and then a modicum of bravery to slide down a few bumps onto the actual top of the O. After I climbed down other hikers who saw me decided to do the same thing but instead of climbing up the rock wall, they just walked further up a hill till they simply could walk onto the upper section. Kind of ruins it when everyone else copies you but hopefully they had fun and didn't get hurt. 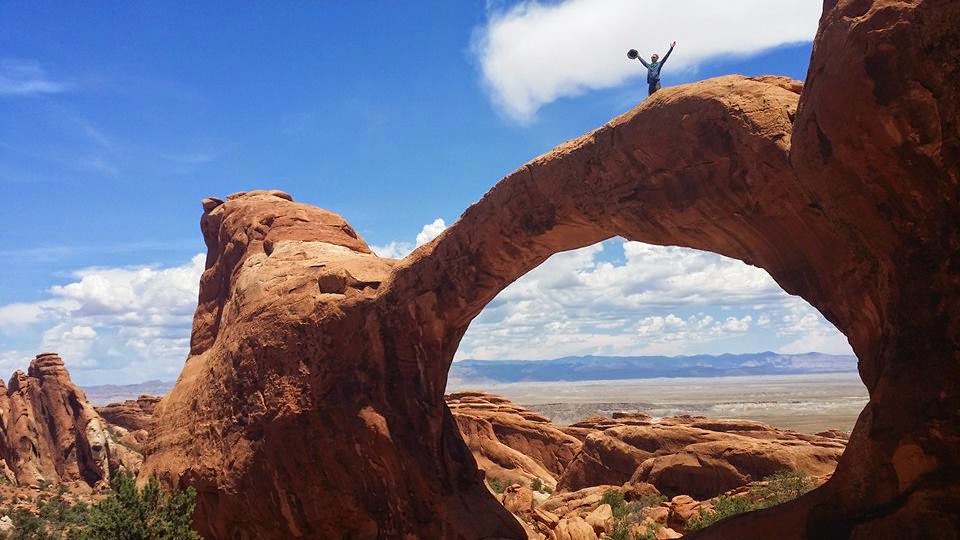 We reached the car again around 2:15 and didn't feel like doing much else but getting into some place cool so we stopped off again at the Moab Brewery. The timing was perfect because overtime had just started in the World Cup final so we got to watch that with numerous Germans in the restaurant. You can only drink so much beer after hiking in the heat so we went back to the campground and tried to decide what to do. At this point it was 100 degrees in the shade and about 118 in the sun making it unpleasant to even sit around. Partially from the 3 pints of beer and partially from the climbing, I was rather tired but it's hard to sleep when it's 110 in your tent unless you are completely naked. It's funny how you can get to points where you just don't care any more and comfort takes priority over worries of impropriety. It's still 88 as I'm writing this so I'm probably going to try and watch some Justified on my phone or read a book till it cools down a little bit more. This place is beautiful and cool to visit but I think you must have done something bad in a former life to wind up being born here.
Posted by Status Quo Fugitive at 10:22 PM